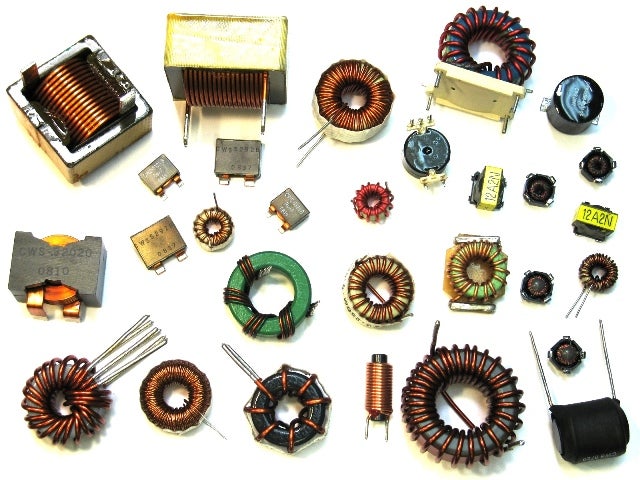 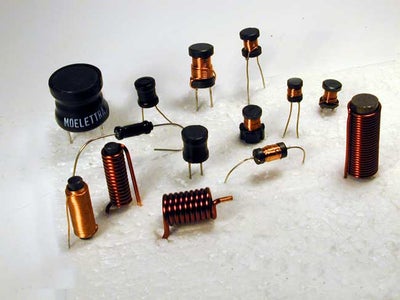 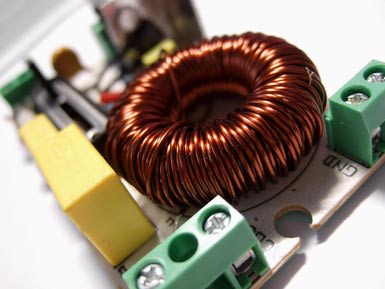 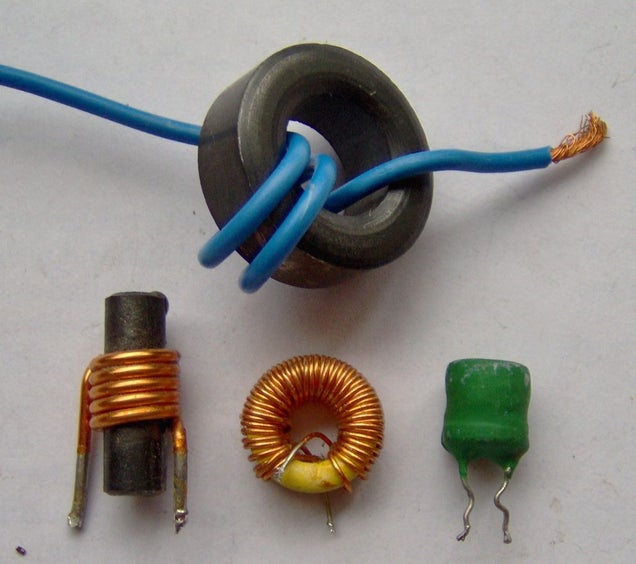 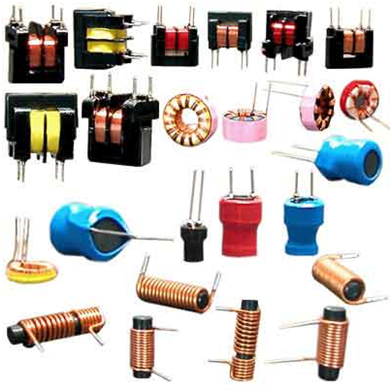 An inductor is a passive electronic component that stores energy in the form of a magnetic field. As we know resistor resists the flow of current, inductor resists the change in flowing current through it. So for dc current inductor is nothing but like a conductor. In other words, inductors resist or oppose changes of current but will easily pass a steady state DC current.

The current, that flows through an inductor produces a magnetic flux that is proportional to it. But unlike a Capacitor which oppose a change of voltage across their plates, an inductor opposes the rate of change of current flowing through it due to the build up of self-induced energy within its magnetic field.

In its most basic form, an Inductor is nothing more than a coil of wire wound around a central core. For most coils the current, flowing through the coil produces a magnetic flux around it that is proportional to this flow of electrical current.

The Inductor, also called a choke. Inductors are formed with wire tightly wrapped around a solid central core which can be either a straight cylindrical rod or a continuous loop or ring to concentrate their magnetic flux. The schematic symbol for a inductor is that of a coil of wire so therefore, a coil of wire can also be called an Inductor. Inductors usually are categorised according to the type of inner core they are wound around, for example, hollow core (free air), solid iron core or soft ferrite core with the different core types being distinguished by adding continuous or dotted parallel lines next to the wire coil as shown below.

Filters
Inductors are used extensively with capacitors and resistors to create filters for analog circuits and in signal processing. Alone, an inductor functions as a low-pass filter, since the impedance of an inductor increases as the frequency of a signal increases. When combined with a capacitor, whose impedance decreases as the frequency of a signal increase, a notched filter can be made that only allows a certain frequency range to pass through. By combining capacitors, inductors, and resistors in a number of ways advanced filter topologies can be created for any number of applications. Filters are used in most electronics, although capacitors are often used rather than inductors when possible since they are smaller and cheaper.

Sensors
Contactless sensors are prized for their reliability and ease of operation and inductors can be used to sense magnetic fields or the presence of magnetically permeable material from a distance. Inductive sensors are used at nearly every intersection with a traffic light to detect the amount of traffic and adjust the signal accordingly. These sensors work exceptionally well for cars and trucks, but some motorcycles and other vehicles do not have enough of a signature to be detected by the sensors without a little extra boost by adding a h3 magnet to the bottom of the vehicle. Inductive sensors are limited in two major ways, either the object to be sensed must be magnetic and induce a current in the sensor or the sensor must be powered to detect the presence of materials that interact with a magnetic field. This limits the applications of inductive sensors and has a major impact on designs that use them.

Transformers
Combining inductors that have a shared magnetic path will form a transformer. The transformer is a fundamental component of national electrical grids and found in many power supplies as well to increase or decrease voltages to a desired level. Since magnetic fields are created by a change in current, the faster the current changes (increase in frequency) the more effective a transformer operates. Of course, as the frequency of the input increases, the impedance of the inductor begins to limit the effectiveness of a transformer.

Motors
Normally inductors are in a fixed position and not allowed to move to align themselves with any nearby magnetic field. Inductive motor leverage the magnetic force applied to inductors to turn electrical energy in to mechanical energy. Inductive motors are designed so that a rotating magnetic field is created in time with an AC input. Since the speed of rotation is controlled by the input frequency, induction motors are often used in fixed speed applications that can be powered directly from 50/60hz mains power. The biggest advantage of inductive motors over other designs is that no electrical contact is required between the rotor and the motor which makes inductive motors very robust and reliable.

Energy Storage
Like capacitors, inductors can be used for energy storage. Unlike capacitors, inductors have a severe limitation on how long they can store energy since the energy is stored in a magnetic field which collapses quickly once power is removed. The main use for inductors as energy storage is in switch-mode power supplies, like the power supply in a PC. In the simpler, non-isolated switch-mode power supplies, a single inductor is used in place of transformer and energy storage component. In these circuits, the ratio of the time the inductor is powered to the time it is unpowered determines the input to output voltage ratio.

Inductors are also used for wireless power transfer and in electro-mechanical relay.

If you need inductors, look at it: