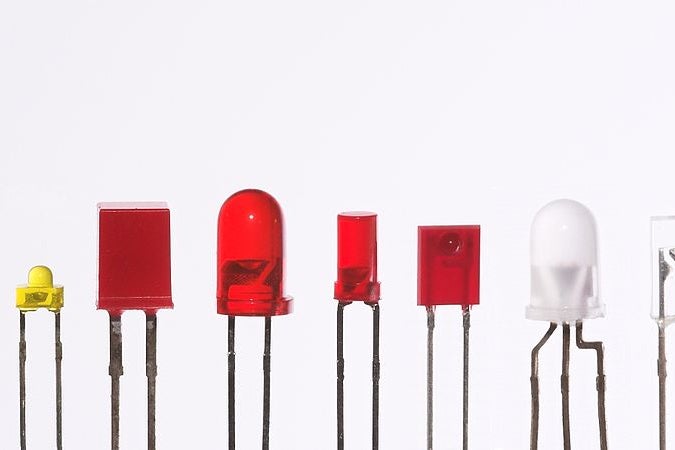 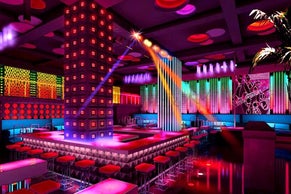 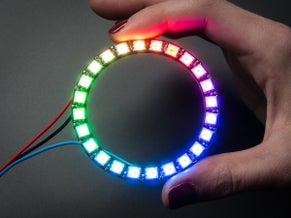 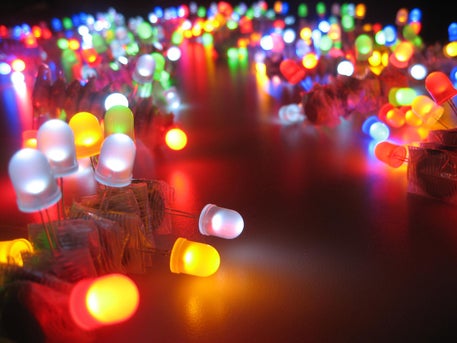 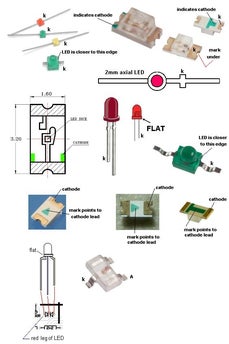 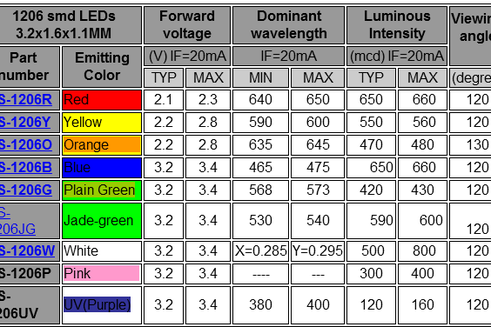 Light emitting diodes, commonly called LEDs, are real unsung heroes in the electronics world. They do dozens of different jobs and are found in all kinds of devices. Among other things, they form numbers on digital clocks, transmit information from remote controls, light up watches and tell you when your appliances are turned on. Collected together, they can form images on a jumbo television screen or illuminate a traffic light.

Basically, LEDs are just tiny light bulbs that fit easily into an electrical circuit. But unlike ordinary incandescent bulbs, they don't have a filament that will burn out, and they don't get especially hot. They are illuminated solely by the movement of electrons in a semiconductor material, and they last just as long as a standard transistor. The lifespan of an LED surpasses the short life of an incandescent bulb by thousands of hours. Tiny LEDs are already replacing the tubes that light up LCD HDTVs to make dramatically thinner televisions.

LEDs are mostly used for two things: illumination and indication. Illumination means to "shine light onto something" - like a flashlight or headlights. You want your headlights to be bright as heck. Indication mean to "point something out" - like a turn signal or brake lights on a car. You don't want your car's turn signal to blind people! Diffused LEDs are really good at indication, they look soft and uniform and you can see them well from any angle. Clear LEDs are really good at illumination, the light is direct and powerful - but you can't see them well from an angle because the light is only going forward.

LED's are diodes, which are biased with a current rather than voltage. Simply, when LED's are "fed" with some current in the forward direction (plus to minus, or anode to cathode it would start to emit light at some minimum current. A typical red LED's require about 10mA to 20mA current for decent brightness. Any more may not help much--LED's would be stressed when pushed beyond the limits and may be destroyed.

Since LED's are current devices, a voltage can not be applied directly across it, LED's cannot be connected directly to the battery or power supply. The LED will be instantly destroyed because the current is too great. The current must be reduced. The easiest way to do this is by using a resistor. The resistor will lower the current and drop the voltage down to a manageable level.

So, how do we figure out what value resistor to use? We shall use the ohm's law for this. Ohms law states that voltage is the product of the current and the resistance, or V = IR, where "I" is the current.

Say we use a 9V battery, then supply voltage = 9V. LED voltage for red LED's, from Step 2 is 2.0 V LED current is 20 mA (this is a typical value if not provided by the manufacturer) If the resistor value is not available, then choose the nearest standard resistor value which is greater. If you want to increase the battery life you can select a higher resistor value to reduce current. The reduced current will result in a dimmer LED. For 15mA led current, R = (9 - 2.0) / 15 mA = 466 ohms, use the next higher standard value = 470 ohms.